This week the United Kingdom and the European Union are meeting in London to re-start the talks and the negotiations about post-Brexit future relations. The UK Prime Minister Boris Johnson is meeting Ursula von der Leyen in Downing Street in their first face-to-face talks since she succeeded Jean-Claude Juncker. The EU main negotiator Michel Barnier is also in London for these talks, for the first time taking place in the United Kingdom – a significant and symbolic change of what we have in front of us.

According to media PM Johnson will tell the new Commission chief the UK wants a speedy post-Brexit trade deal with the EU, free from rules imposed by Brussels. The talks coincide with the government’s Brexit legislation, the EU Withdrawal Agreement Bill, continuing its swift passage through the Commons this week. 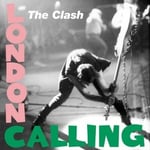 I am a great fan of the British punk rock group, The Clash and I hold their album London Calling from 1979 as one of the best records ever. Even though the song is a reference to other circumstances in another more severe time, it is hard not to get the lyrics of the song in my mind every time I arrive at Heathrow for more expert work related to Brexit.

As you know, on January 31st the United Kingdom will leave the European Union. What does that mean for UK and EU traders? I and my colleagues in KGH are getting a lot of questions, calls and e-mails asking what actually happens at the end of this month. In summary, our answer is, for trade and industry this means no changes on that date.

This does however not mean that traders can just continue as if nothing has happened. Now it is time to do all the preparations necessary to handle the end of the transition period, after all, there are only 335 days to so.

During the transition period, the UK and the EU will agree on future relations. The two parties will negotiate a free trade agreement (FTA), which will regulate if there will be tariffs or not a range of other areas important for everybody moving goods between the two customs unions and territories. In addition, the non-tariff barriers, the customs and border procedures will be discussed and agreed, as well as how the Northern Ireland protocol of the Withdrawal Agreement should be implemented and any changes necessary depending on how the FTA negotiations proceed.

The transition period can according to the Withdrawal Agreement be prolonged if both parties agree to do so, the first evaluation, if this is necessary, will take place in June this year. It is likely that the EU would favour an extension of the transition period, while it is crystal clear that the Prime Minister and UK Government have already said that this will not happen. On December 31st 2020 the transition period ends. This also means that of no agreements as mentioned above are done, this could be the date of a similar “no-deal” situation as have been discussed before – with the difference that preparations in that case naturally have come further into place.

All of this is a clear indication that it is now time for all companies involved in trade between EU and UK, in both directions, to do the necessary preparations to be ready for the 1 January 2021.

All companies should (as soon as possible) as a minimum:

Another thing to do is to sign up for the UK Customs Academy. This is the first-ever digital Customs Academy with on-line Customs education for Level 2 up to Level 7. A professional pathway for everybody working with UK trade - but also for people involved in international trade in general.

The best news is that the UK Government is financially supporting the education on the UK Customs Academy making the level 2 to level 5 training courses available for free through a generous grant scheme.

Finally, I agree with most of my peers and other experts heavily involved in this Brexit process that:

1. UK Government will not accept a transition period to go beyond 31 December 31st 2020

2. There will be some kind of agreement/agreements in place for the end of the transition period

3. The administrative border procedures (non-tariff barriers) starts on January 1st 2021 (with or without tariffs depending on the FTA negotiations)

4. If there are no agreements, the UK will use GATT XXIV to 'postpone' tariffs until the final deal is agreed

The clock is ticking, tick-tock. Don’t wait. It is time for action.