On January 31st 2020 the United Kingdom will leave the European Union. After a transition period of eleven months, the UK leaves the EU Customs territory and the Customs Union.

For me, it is a moment of mixed feelings. As a Swedish representative in the highest EU Customs policy group for many years in the past, I was sitting beside the UK delegation and we always worked closely together.

The UK was our closest partner, we are likeminded countries normally having the same goals. It was good cooperation and the work of that group contributed to the development of the Union Customs Code, the single market and the free movement of goods.

As a former EU representative, I know that my colleagues from Sweden - and many other EU countries - will miss our UK friends in the EU work going forward.

At the same time, I am a passionate democrat, I respect the view of the people and now people have spoken not only one time but also a second time in the general British election. For me, this is fundamental and important.

Under the transition period to 31/12 2020 the two parties, UK & EU, will have to shape a) the future relations, b) the new Customs arrangements for one of the busiest borders in the world and c) the solutions of one of the most sensitives borders globally - all with an end goal of signing a modern free trade agreement (FTA). A challenging task, but not impossible (nothing is impossible), if there is political will.

It is time to change focus from challenges and problems - to an opportunity for both parties.
It is also time to move away from endless debates about 'unicorns', how difficult it is to this and that - or why other countries have not yet developed a certain solution that could be copy-pasted into the UK-EU situation.

Let me be clear, there are best practices elsewhere that can inspire and technical/technology solutions that can help.

Is there a perfect already existing solution? No. There is not.

No country has before left the most advanced customs cooperation ever has existed on this earth. Is it impossible to create a customs and border solution that works in a relatively short period? No, it is an opportunity.

The good news is that the international system, (legislation, conventions and standards) is prepared for new modern solutions.

We travel more, we trade more, we interconnect more. This is only the beginning.
Trade is good for the development of our societies, to grow our economies, to handle environmental challenges, to create prosperity and to fight poverty.
Our future borders are bridges to our new trade superhighways.

We know how to do it. There are solutions based on the best practices that do exist and innovative projects that are run in different parts of the world that are fully in line with international standards and that is shaping the global, secure, transparent trading system of the next decades. It already exists.

We need to bring these models together, upgrade them to optimal capacity and implement them in a structured, holistic and consistent way.

How can the fact of Brexit be used to find new creative solutions making the new relationship between the UK and EU, a win-win for everybody involved? I am convinced that it can do exactly that.

This is the moment to create the next generation of Customs and Trade applications.
To do so we need political will, strong leadership and step-by-step coordinated implementation. Is it possible? Yes. Is it necessary? Absolutely.

Some people, some of them experts - some of them claim to be, are saying 'it hasn't been done before so it can't be done'. This is ridiculous and not true. Is it complicated? absolutely - but not impossible.

This is a new space. Like mankind, one time fifty years ago travelled to the moon.

President John F. Kennedy said: 'We choose to do this not because it’s easy, but because it’s hard'. Twelve people have put their boots on the surface of the moon. This was also deemed as an impossible thing to do until we did it. 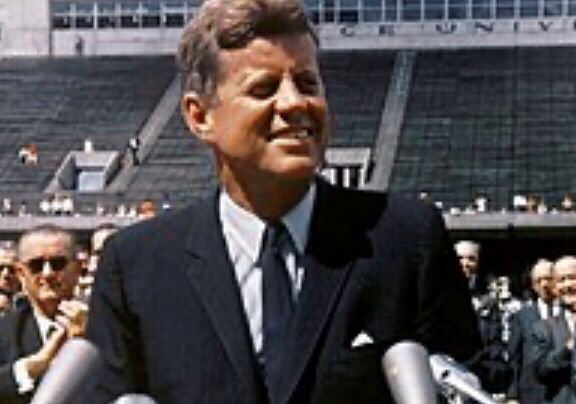 When we developed the Authorised Economic Operator concept in Sweden 1998-1999 (The Stairway/StairSec), it was the first Compliance Management system for Customs. AEO is today the leading Customs and border risk management and segmenting model.
At the time people told me 'it can't be done'. 'It will not work'. 'It has never been done before'.

Today - 20 years later - more than one hundred countries have AEO programmes and almost one hundred thousand companies worldwide have received the AEO or Trusted Trader status. AEO contributes positively to the global economy and making the world a safer place.

The first AEO programme took two years to design, develop and implement. The last three programmes in 2018 and 2019 we have designed, developed and implemented in less than twelve months. Was it easy? No. Was it complicated? Yes. Experts said it was not possible, it has not been done before. Yet we did it.

Making the trade flows between the EU and UK work is not flying to the moon, so naturally, we can fix this.

They say crises is the mother of all innovations. Maybe it is true.
The goods volumes passing the English Channel every day, minute and second are massive. So we do need partly new solutions.

This is the moment to implement the border processes and practices of the future - the drive-through Smart Border.

"They say crises is the mother of all innovations. Maybe it is true".

One thing to remember is that we don't have to design borders the same way as we did forty years ago when the present border model was introduced. All our borders are based on this model and we have tried to facilitate and secure the model since then.

However at that time, forty years ago, we had no pre-arrival information, no data exchange, no risk management, no intelligence tools, no surveillance techniques, no track'n trace, no computers, no technology and no international cooperation. Today we have all of that - and we have forty more years of experience from using all of these tools. We know that these new models work since the tangible results are overwhelming.

So we know how to implement alternative arrangements that can manage the post-Brexit environment, both to handle the huge volumes crossing the English channel and the complicated situation of the island of Ireland.

How do we know this? Because we do it every day, in different places around the world.
Some problem-oriented people say, 'if these models exist and they are so good why have we not implemented them already?"

The answer is actually simple. You should have done that, but haven't yet. We all should. Regardless of Brexit.

Just like many people in the UK were not fully updated on how trade, customs and borders work in practice and how trade had developed into globally integrated value chains over the last decade, it is (unfortunately) the same situation in the rest of the world.
As long as it works reasonably well it has not previously been a topic highlighted in news media or debated during election campaigns.

Costs for the public service are in many countries already high and investments have decades ago been done in infrastructure and IT systems. This has been the situation until Brexit emerged and the importance of efficient customs/borders processing became the headline of the news.

In fact, history shows in real numbers that investment in customs and border modernization, to enhance safe trade, is one of the best investments a nation can do.

Sometimes people ask me, 'why haven't you and other international experts said this before?'. We did, but few people listened.

In my role as Director of World Customs Organization some years ago, I travelled the world to meet Presidents, Prime Ministers and Finance Ministers to explain that Customs and Border modernization is important and that one Euro/Pound/Dollar invested in this area - if correctly done - gives at least five back.

So is it possible to do this tremendous change in eleven months, during a transition period? My view based on my thirty-five years of experience worldwide: Yes, it is.

Will it be easy? No, it will not. So don't misunderstand me. We need to discuss openly and transparently the challenges ahead. We need to be honest and clear that this is a difficult task. The experts saying so have merit. The expert community need to come together to support this endeavour with constructive and creative advice.

We now need to negotiate and agree on practical solutions, develop policies and frameworks, implement technical operational models and SOPs.

The good news is that the international professional community know how this can be done.
It is time to conquer new space. To mobilize and unite Government institutions, the experts' community and the private sector into a common task with a common goal.

"The future borders are bridges to trade superhighways highways"

If we manage to implement the next generation of border processing, we can actually turn away from problem mitigation and transform the negative mode into opportunity creation.
We need to see the possibilities of change as opportunities - instead of only see problems and a possibility to 'shoot down' constructive and creative ideas.

We need to create a win-win situation going forward, regardless of history, different views on Brexit and previous disagreements.

"Let's focus on doing, instead of talking - a little less conversation, a little more action"

Let's start as soon as the Withdrawal Agreement Bill comes into force. There is no more time to waste. The necessary decisions need to be made.

If we do this, we can create a new Customs and trade platform for the future, a benefit not only for the United Kingdom and the European Union going forward, but the world economy for many years to come. 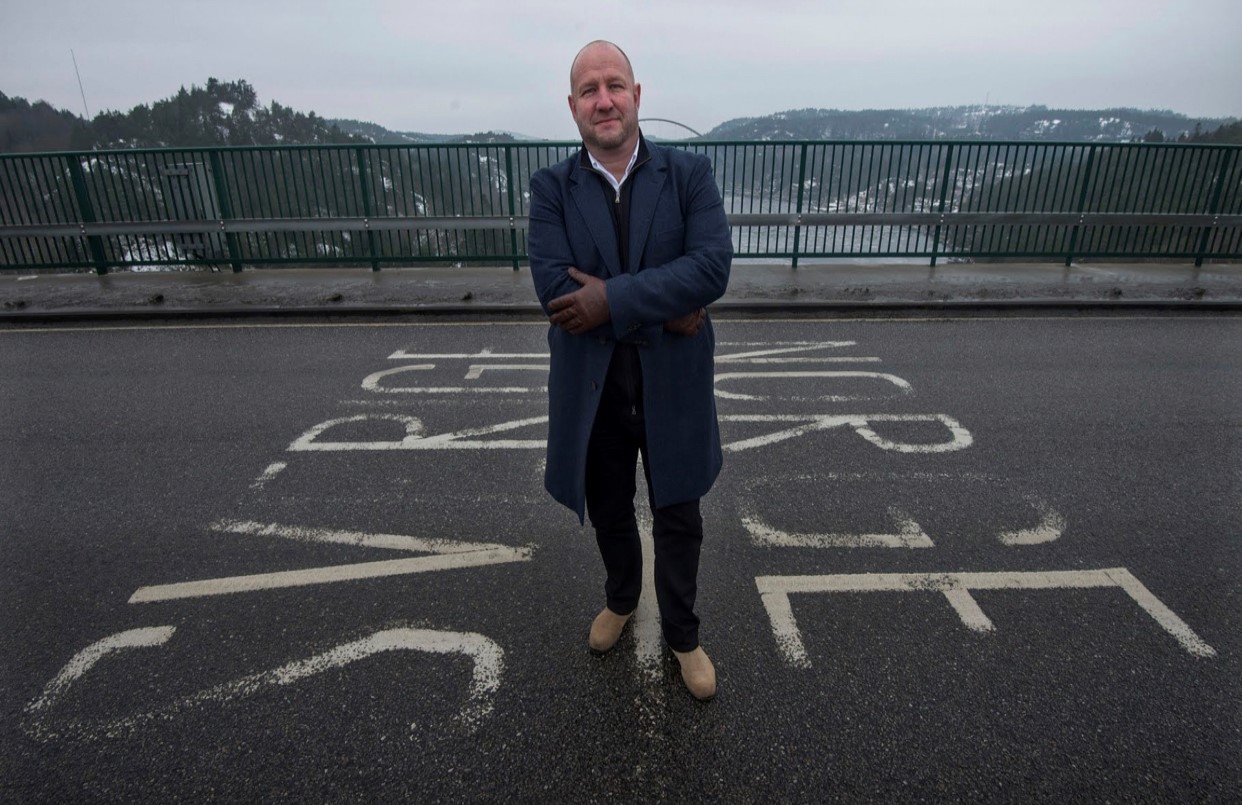