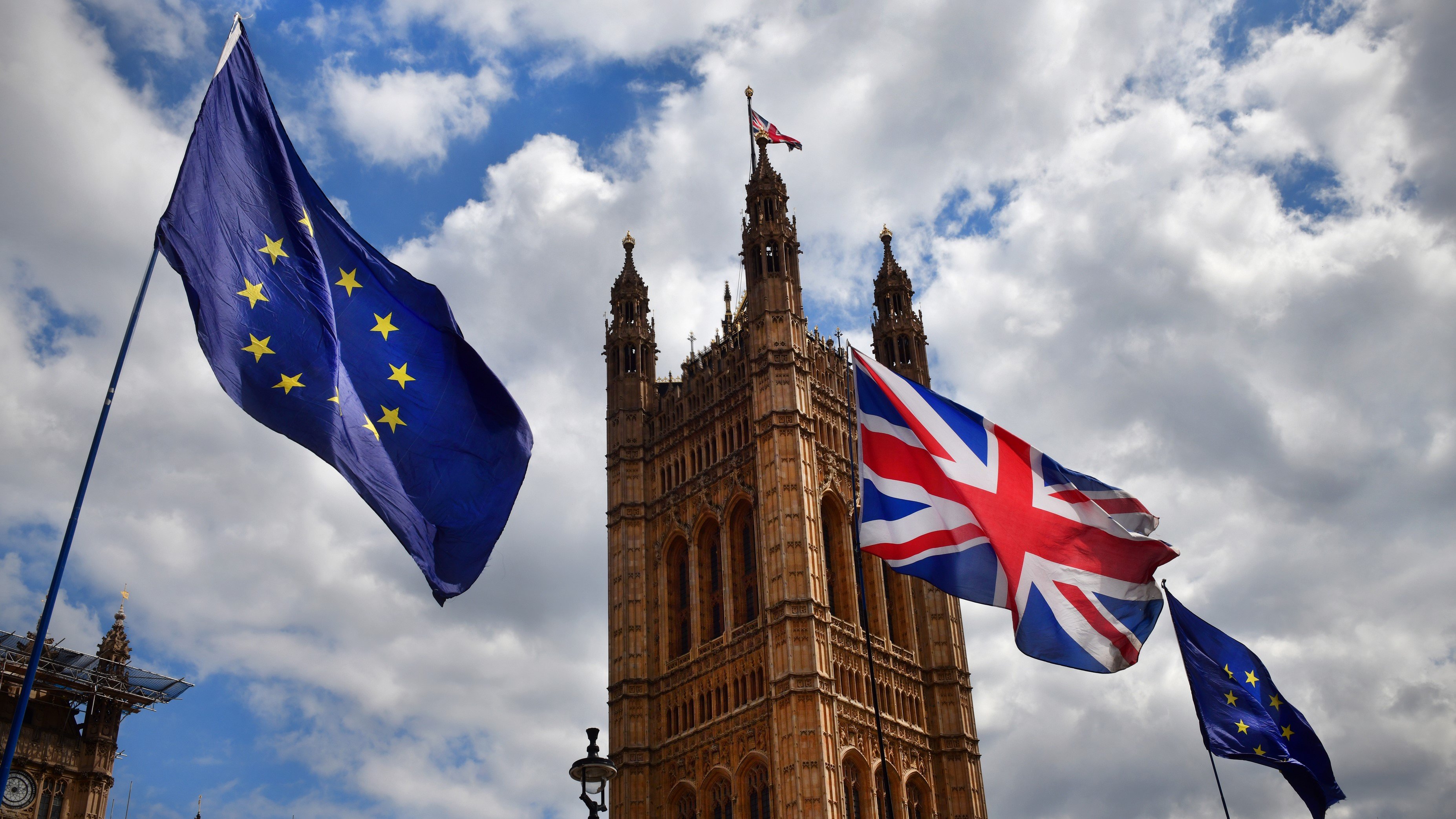 A possible trade deal in sight

Round 9 of negotiations between the UK and the EU on Future Relations took place in Brussels this week. Perhaps a possible deal could be in sight?

After a period of stand-still, there are now signs and (in confidence confirmed) rumours of a breakthrough on trade could happen. There are still differences in fisheries and level playing field, while the trade agreement discussions are close to finalization.

There might be a landing zone possible before the critical EU Council meeting on 15-16 October, when a deal must be agreed to have time to secure ratification in 27+1 parliaments before the end of the year.

The deal discussed – and this is still confidential information from inside the negotiation teams - is a Free Trade Agreement (FTA), larger than a ”thin agreement” as mentioned before. So more product chapters included.

There is still a way to go and a lot of political craftsmanship is needed to make the deal. My estimation is that we have moved from 40/60 to 60/40 percent chance of a deal on trade being made.

Having said that, remember that a potential UK-EU FTA has no impact on the border procedures and formalities between the EU and UK. The UK Border Operating Model and the EU UCC demands declarations, supplementary documentation and a range of other obligations on traders (as on all EU third country imports and exports) will be implemented regardless of a deal or not.

A potential FTA will remove some of the customs duties that otherwise will be due in the trade between EU-UK. It is also important to note that while a potential FTA (the deal) is agreed it does remove tariffs for some products, but it also adds customs complexity concerning Rules of Origin, Valuation, restrictions and several other areas. Another area that will be impacted, from a border process perspective, is the NIP (trade GB-NI).

On the UK Border Operating Model (BOM) there are also some signs related to infrastructure that are worrying. As you know, exports from the UK and import to the EU will have to be pre-lodged before the transport reaches the border. There will be inland border posts where a truck will have to show that the customs declarations have been lodged correctly before the transports are allowed to approach the border, like e.g. the EuroTunnel or Dover Port for Ro-Ro. Same for other ports.

The infrastructure to handle this process is delayed. The Goods Vehicle Movement System (GVMS) that is under development to send a release note to transports will only be in tests in December. Also, the time frame to produce the physical infrastructure for the inland control posts, parking places etc have been questioned. The transit system is not well implemented yet, so there are few authorised consignors/consignees and guarantee facilities. For the Northern Ireland Protocol (WA NIP) there are an awarded Trader Support Service (TSS) under construction that will help traders sending goods GB-NI, however again the work has started late and there are some doubts on what can be ready for January 1st. There is a similar approach on the EU side, but the border facilities are to a larger extent in place.

Overall, preparations are now possible and must be done by all traders. It is also recommended to develop different plans for different scenarios. All companies Brexit preparations should be put to a test to map any gaps concerning the procedures and processes now announced. There will be border queues initially. It is also important to decide if to use the simplified procedure initially and if so how to handle compliance issues related to the delayed declaration of goods. Many companies have decided to implement the final border procedure, that will be obligatory from July 1st, already from January 1st to avoid risks and changes to internal processes and systems two times instead of one.

END_OF_DOCUMENT_TOKEN_TO_BE_REPLACED

This is what Brexit will look like. Are you a Brexit winner?

We are now only two hundred days away from the end of the Brexit transition period. Before the weekend, the UK Government formally told the European Union (EU) that there will be no request for an extension of the transition period and that the UK will leave the EU also in practice on December 31st 2020. Which leaves the private sector involved in international trade between the UK and the EU with only months to prepare. Not a long time and this is a race nobody wants to lose.

END_OF_DOCUMENT_TOKEN_TO_BE_REPLACED

Back to the New Normal

Has the Corona crisis killed globalization of trade?

END_OF_DOCUMENT_TOKEN_TO_BE_REPLACED

The Future is bright for new Customs experts, so where are you?

The Customs Service provider industry is not about “form filling”, it is a dynamic, international profession with a bright future – especially post- Brexit and the Covid-19 / Coronavirus crisis.

END_OF_DOCUMENT_TOKEN_TO_BE_REPLACED 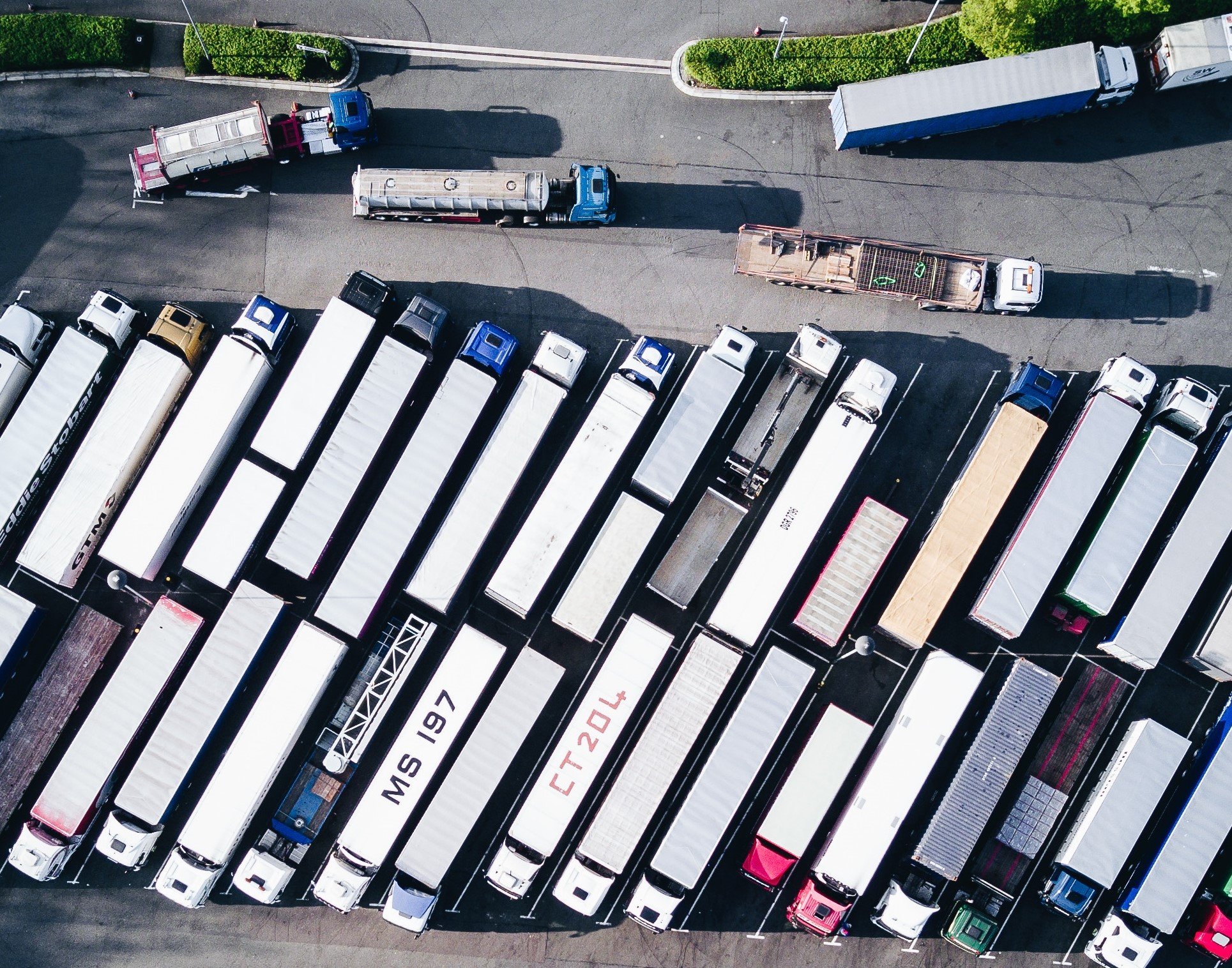 The Borders are not closed, they are open for goods

There is a lot of reporting about countries closing their borders due to the present Covid-19 (Coronavirus) crisis, however when you read this it is important to remember that the borders are only restricted for people movement, as a means to restrict the virus outbreak.

END_OF_DOCUMENT_TOKEN_TO_BE_REPLACED 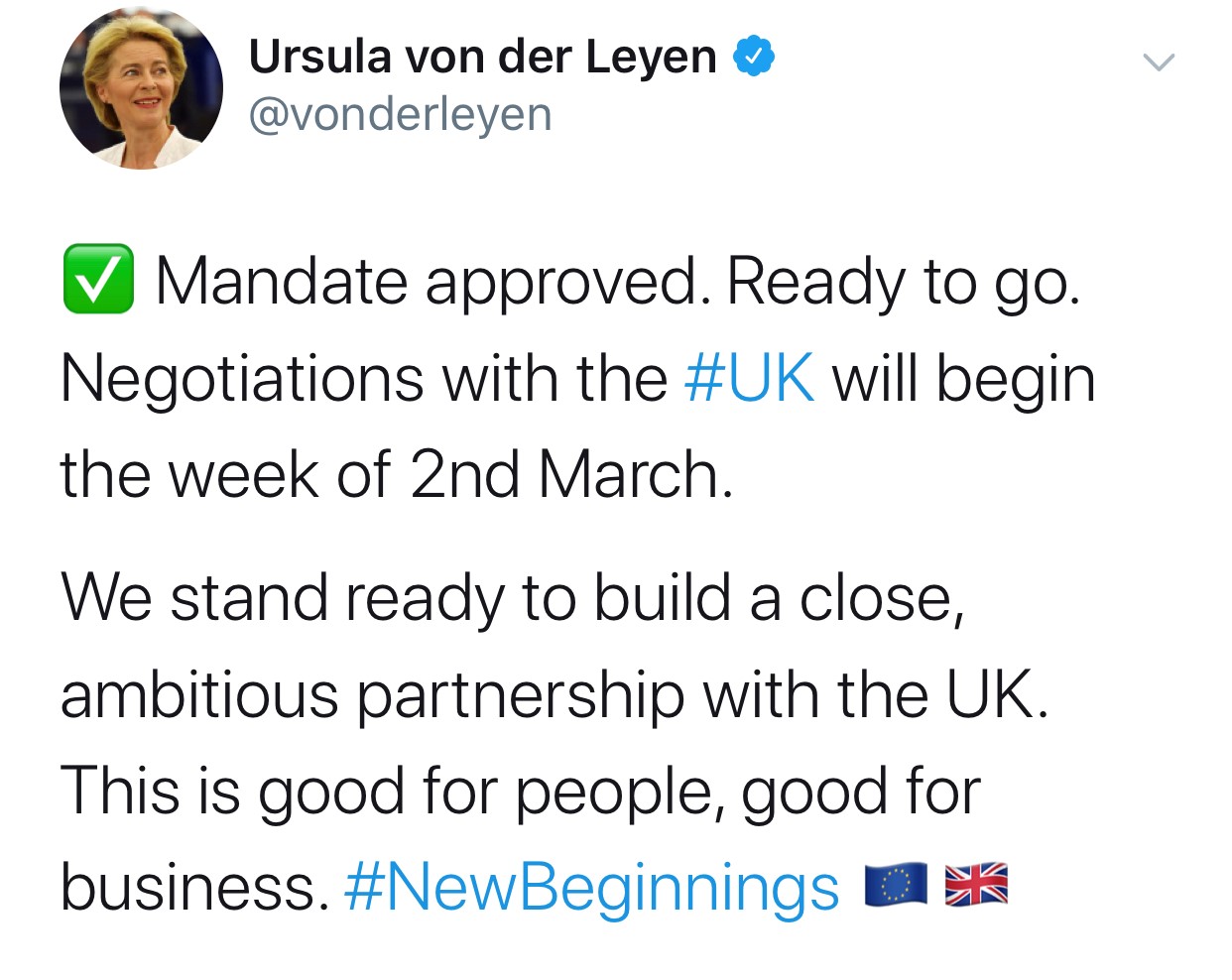 Stuck in a moment we can't get out of

It is no secret to anybody that knows me that I am a great U2 fan. I have been so since 1982 when I saw them play in a pub in Paris. They were unknown at the time, playing in Europe for the first time.

In the opening of the marvellous song 'Stuck In A Moment You Can't Get Out Of' Bono sings:

"I'm not afraid
Of anything in this world
There's nothing you can throw at me
That I haven't already heard".

This seems to me to be relevant words also when talking about the Brexit debate in the last years. I have several times called for the need for a technical dialogue on how to solve the consequences of Brexit. However, this has been extremely hard to do, since both sides until recently have used every opportunity to move such a discussion into the well known for-or-against mode.

We have been stuck in the Brexit moment for some time now. Now, finally, Brexit is done.

The two parties, the European Union and the United Kingdom, are gearing up for a battle at the new negotiation table. Let us hope they don't bring too much baggage to the room.

The EU President Ursula von der Leyen announced yesterday that the EU has an approved mandate being ready to "build a close, ambitious partnership with the UK".


Michel Barnier, the EU lead negotiator, yesterday announced the coordinated EU negotiating position. There were few surprises. In fact, the EU position is logical and understandable. For EU the protection of the single market is the priority. If that can be handled and agreed the EU wants an as broad as possible free trade agreement as possible.

The United Kingdom, and the lead negotiator David Frost, has been clear that the UK sovereignty over its trade policy will be fundamental.

Also, the customs and border procedures for the new Border need to be agreed as well as the details of the NI protocol to the Withdrawal Agreement. The first issue above will not render any major problems - there will be border formalities at ports and airports, including Dover-Calais and the EuroTunnel. It is more about how these formalities can be done in an as practical, facilitated and efficient way as possible.

While the latter, the NI protocol, is more challenging. However not impossible.

Still, I see many experts on social media and in the news reporting spending more time on identifying problems than proposing solutions to solve them. Maybe out of old habit or maybe because it is easier to do so. But there are exceptions and now it is time to contribute to shaping the best borders in the world.

The NI protocol is from a customs perspective a really interesting technical case since there are no similar cases in history. NI is the first geographical area situated in two customs unions/customs territories at the same time. There is a framework for the detailed model in the WA NI protocol, but it is not specific.

A joint committee will work on how to interpret the situation and how to make trade work with as little disruption and friction as possible, while still ensuring the overall objective.

The aim is to minimize the risks of non-EU goods diverting into the single market without being properly declared to customs since there will be no physical border on the island of Ireland.

Many experts on both sides have claimed that this means there have to be ordinary customs declarations on all goods, but this is not my opinion based on my experience of international legislation.

There are several different ways to ensure the aim and purpose of the protocol (And in line with the agreed texts). Some of these models are proven equal or more efficient than the traditional transaction-based declaration set-up.

This new model design should be about rules of origin/destination, market surveillance, risk mechanisms and flows.

Will it be entirely the same as today? No, but it is possible to do with minimal disruption for trade.

The formal future relations negotiation between the EU and UK will start on 2 March, next week, and it will proceed in both London and Brussels this time. Soon we will know more.

I am more optimistic than most people. It will not be easy negotiations, but knowing the people on both sides I am convinced that there will be some results at the end of the day. I still believe there will be a thin FTA, agreements on trade and borders and a workable solution for NI. It is time to work together. Experts on both sides need to support the negotiators with the best possible solutions based on international best practices. Politicians need to be visionary and show leadership.

It is time to listen to the international customs community, we have many of the answers.

Maybe we are about to get out of that moment in time we got stuck in. Maybe it is finally time to leave the old leave or remain war songs behind us and work together to make the best possible music of the situation. If we work together.

Or as Bono would have said: 'Sometimes you can't make it on your own'.

Afterall, we are still neighbours. Let's fix the future relations based on mutual respect.

Then, on January 1st 2021, we are off on two different world tours playing our songs.

END_OF_DOCUMENT_TOKEN_TO_BE_REPLACED

Soon Brexit is done – and the next phase of Brexit starts!

The Brexit process continues to move forward towards Friday, January 31st 23:00 GMT. On Friday this week, the United Kingdom will leave the European Union after 46 years as a member.

END_OF_DOCUMENT_TOKEN_TO_BE_REPLACED

A road for the United Kingdom to follow post-BREXIT?

South America is taking the lead on AEO and Trusted Trader Development. Perhaps a road also for the United Kingdom to follow post-BREXIT?

END_OF_DOCUMENT_TOKEN_TO_BE_REPLACED 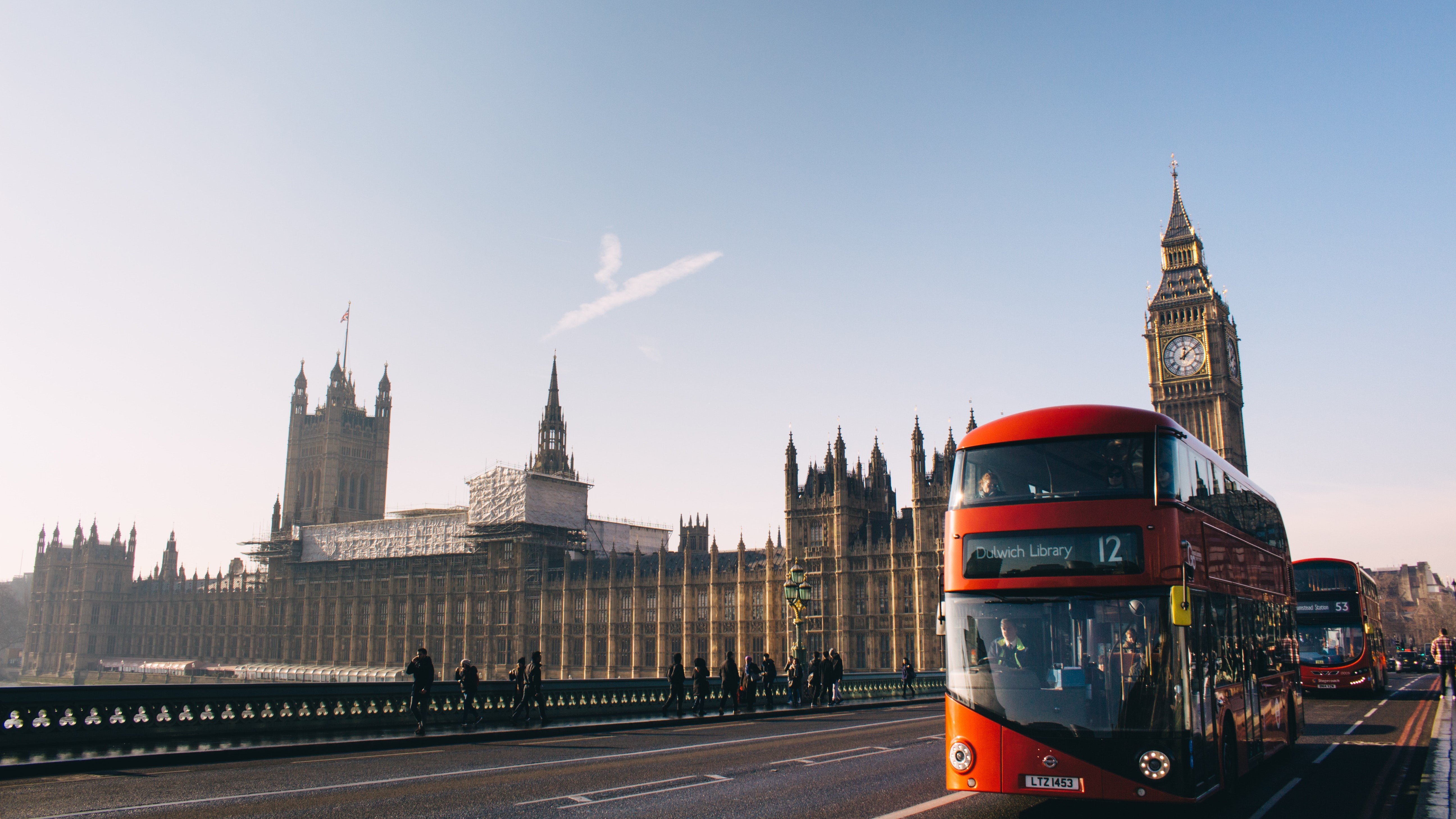 Last week Prime Minister Boris Johnson on behalf of UK Government agreed a new Brexit Withdrawal Agreement (WA) with the European Union. This meant that Boris Johnson actually got the EU to open the previous WA, to change the agreement and to remove the backstop – all things that previously was said impossible to do.

END_OF_DOCUMENT_TOKEN_TO_BE_REPLACED 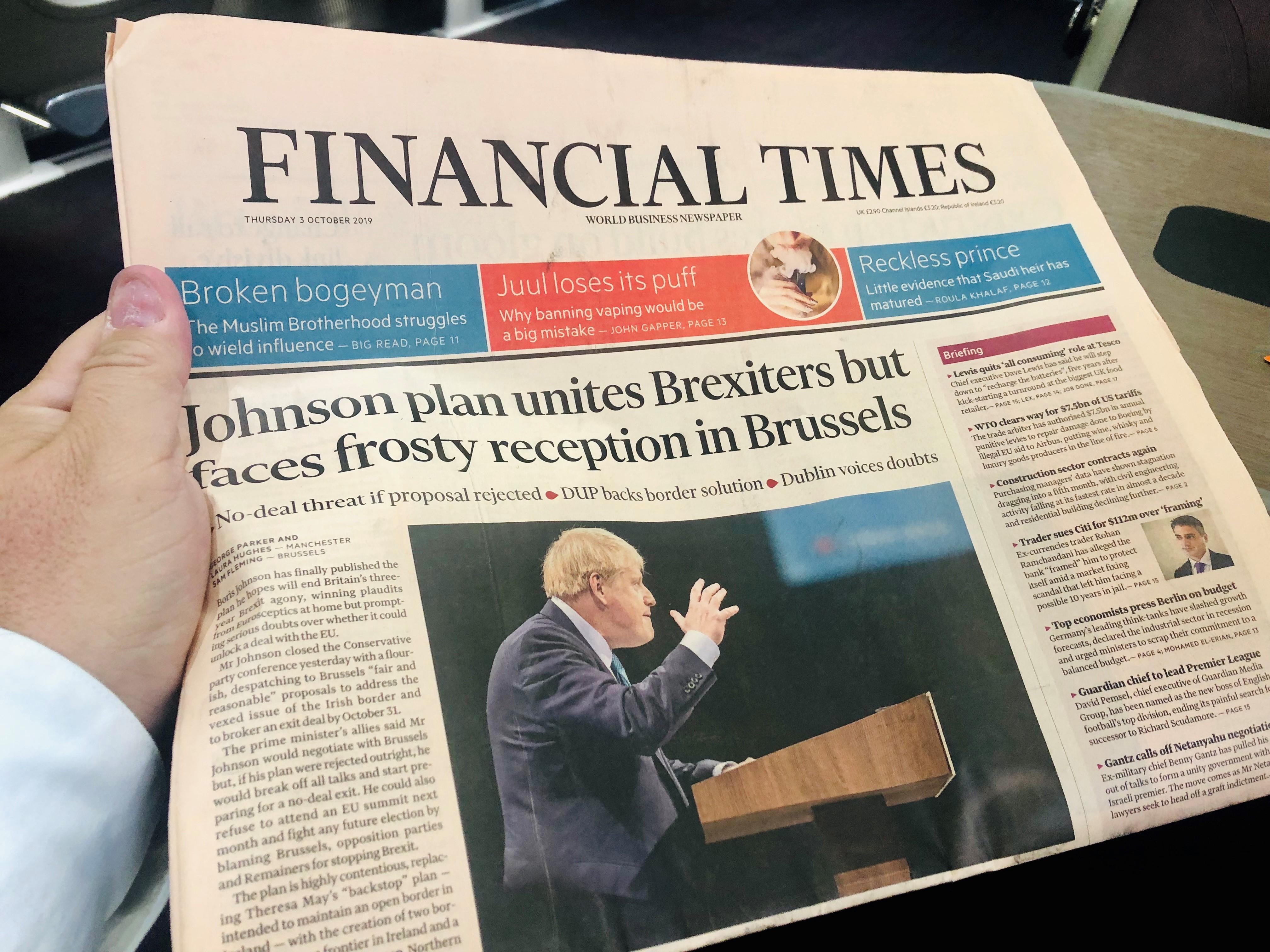 Brexit: With 27 days to go, is a deal possible?

What does Boris Johnson's proposal mean from a Customs perspective?